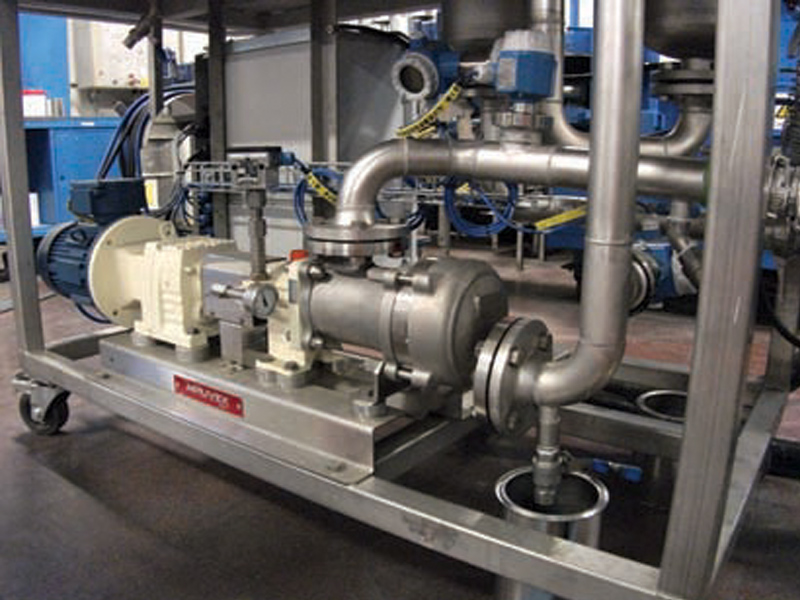 Over the more than 150 years since its founding, Netherlands-based Heineken has stuck with a successful recipe, one that has made it one of the world’s most significant brewers and suppliers of beer. That’s why ensuring production consistency is the brewer’s No. 1 priority, and that’s why it recently chose the SLS Series Eccentric Disc Pump from Mouvex® to replace the gear pumps it had previously been using during a critical dosing process.

Yeast-food dosing blends yeast food with the liquid that is obtained during the brewing process and contains the sugars that will be fermented by the yeast to produce alcohol. The yeast food is dosed through pipelines with a pump, which must run very accurately and dependably to ensure proportional dosing and consistent product quality.

Gear pumps were not ideal due to mechanical breakdowns, leaks and the need for excessive cleaning and maintenance. Mouvex® SLS Series Eccentric Disc Pumps, which are available through Triangle Process Equipment, checked all the right boxes: they are seal-less, highly reliable, volumetrically consistent, easy to clean and require low maintenance. Additionally, they are fully drainable in compliance with the European Hygienic Engineering & Design Group (EHEDG).

“The Mouvex pumps were chosen, first of all, because they are EHEDG certified, which is a must according to our specifications,” said Rini van Son, senior mechanical engineer at Heineken’s plant in ‘s-Hertogenbosch.

A Green Solution for a Green Brewery

Another benefit of the pump’s eccentric disc operating principle is that it’s extremely energy-efficient, which results in lower utility costs, a healthier bottom line and more sustainable production processes.

“Our engineering and production must be as sustainable as possible, that’s our job,” said van Son. “We want to be a green brewery, much greener than we are now, so if a pump saves energy and resources; that’s important for us.”